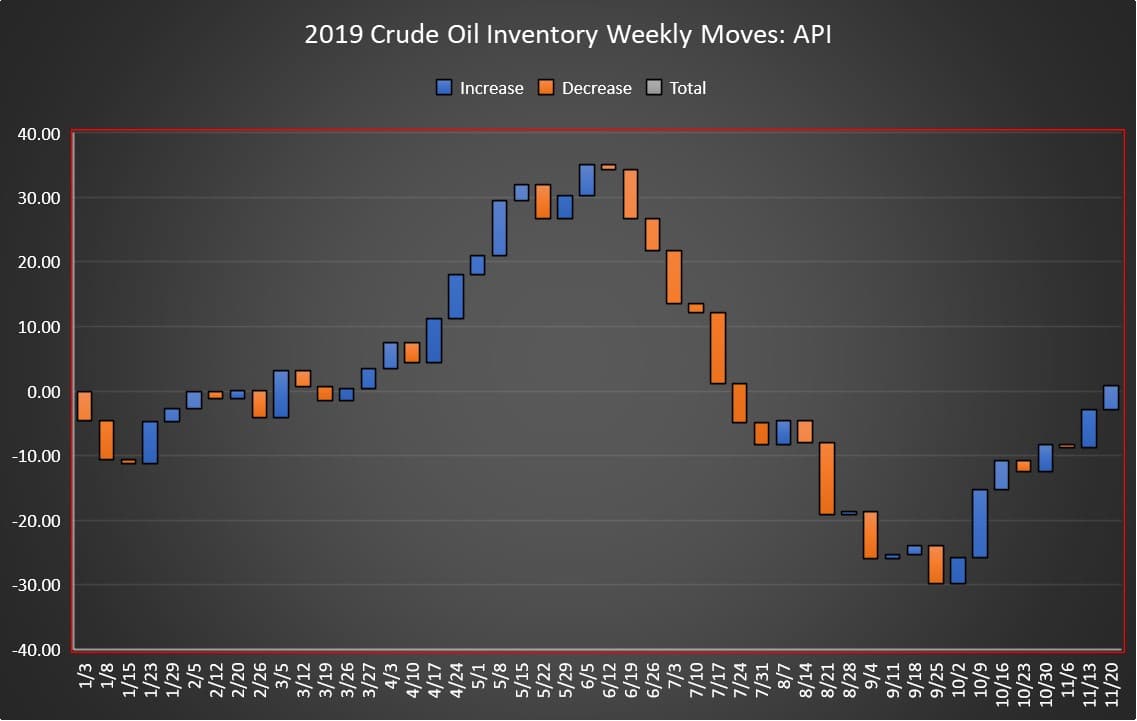 The American Petroleum Institute (API) has estimated a crude oil inventory build of 3.639 million barrels for the week ending November 21, compared to analyst expectations of a 418,000-barrel draw in inventory.

Last week saw a build in crude oil inventories of 5.954 million barrels, according to API data. The EIA’s estimates, however, reported a build of 1.4-million barrels for that week.

After today’s inventory move, the net draw has swung into build territory for the year, standing at 830,000 barrels for the 48-week reporting period so far, using API data.

#DOWWall Street edged higher to fresh highs on Tuesday, as prospects for a limited deal between China and the US brightened. On Tuesday, Beijing and US trade negotiators spoke by phone and offered a positive message that talks continue to progress. China’s Commerce Ministry said both countries “reached a consensus on properly resolving related issues.” On the corporate side, retailers outperformed after Best Buy posted better than expected quarterly earnings and raised its fiscal 2020 earnings f...
Read post